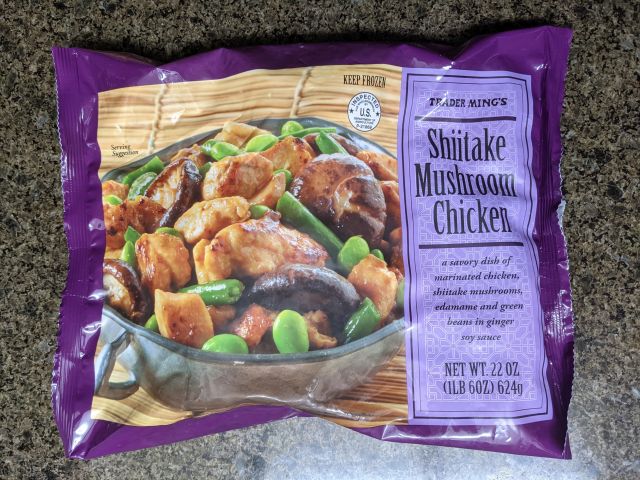 This was fairly simple to organize: you simply warmth the combo in a pan after which add sauce and warmth some extra. 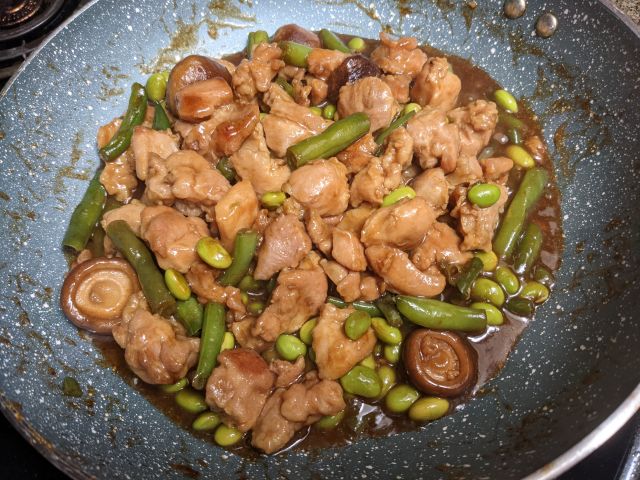 It turned out fairly effectively. The hen was bite-sized and tender with a pleasant, mild, savory taste. There was quantity of hen compared to the legumes and mushroom.

The shiitake mushrooms have been tremendous juicy when bitten into with a sturdy mushroom taste. The edamame and inexperienced beans supplied a contrasting taste and held their texture effectively (i.e. they weren’t mushy). 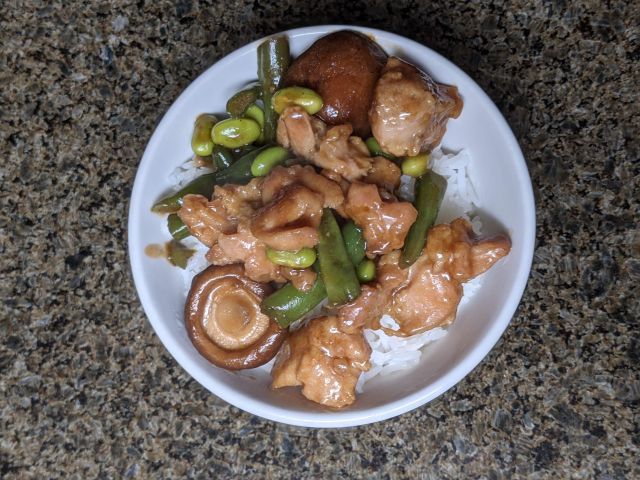 The sauce was skinny however coated the hen and legumes/mushrooms effectively and supplied a fairly fundamental however satisfying “Asian-style” sauce (the sort that underpins various stir-fry dishes) with a savory soy base and a touch of ginger. 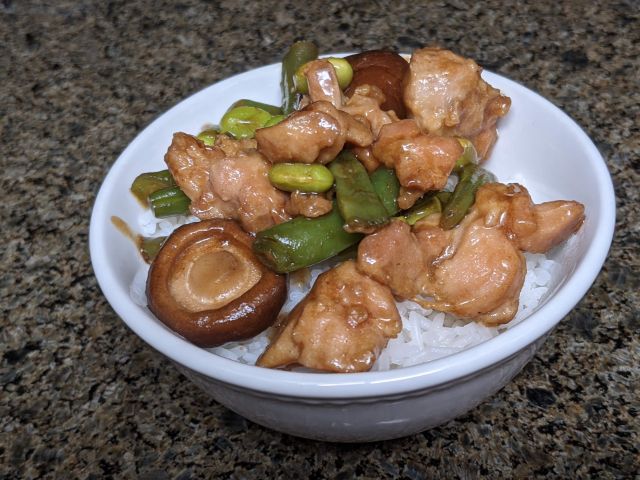